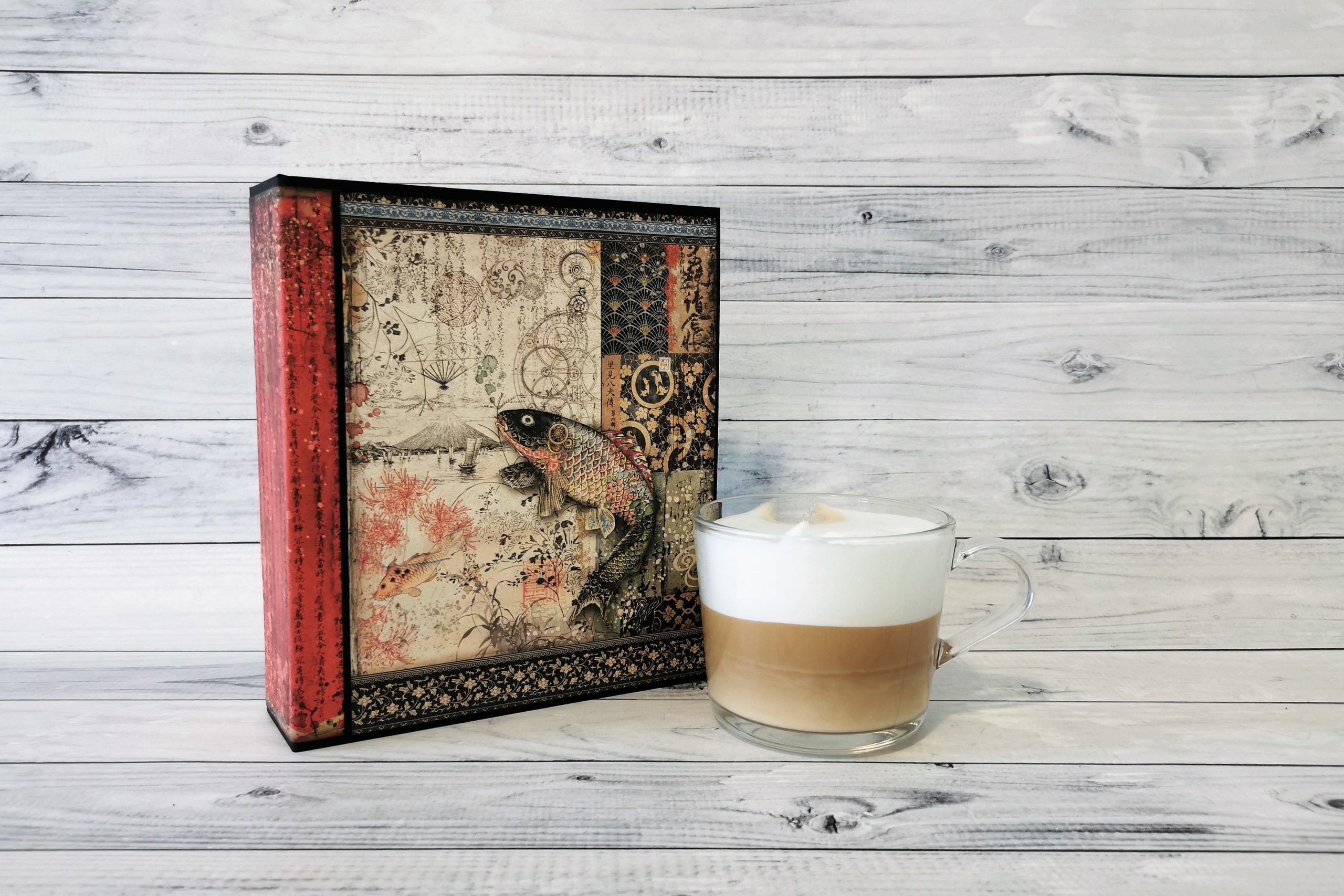 I asked, you responded, I delivered…..

After making the Sea dream waterfall album I asked if there was interest in a version for 8×8″ paper packs and I got a lot of response that you would like that. So here we are.

I used my 8×8″ paper pack from the Sir Vagabond in Japan collection that I had left over after making my large album and added the 8×8″ background papers form that same collection and recreated the album.

The design is the same as the original album. I came up with a different closure for the waterfall. Also since the waterfall element is shorter I changed the way it’s constructed a little bit.