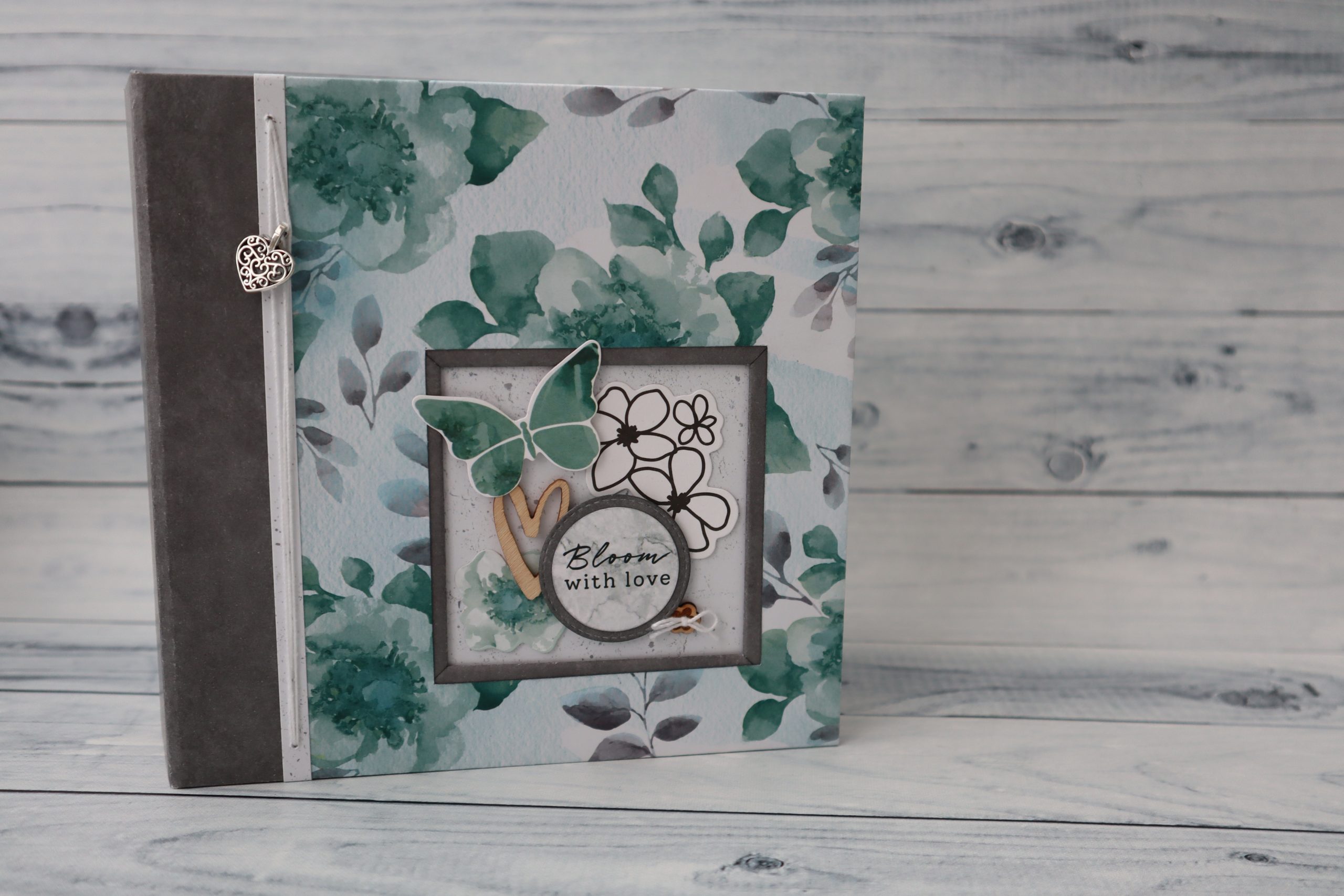 This Album is the second version of my Krystal album with some slight changes to improve the design.

Just like in the Krystal album I’ve made pockets out of acetate on the inside covers and combined it with beautiful patterned paper from the collection. The kit contained an 12″ x 12″ acetate sheet with a flower pattern that was perfect for the cover page.

Through out the album I’ve created hidden photo places by mounting a large photo mat on to foam tape and made a tuck space for a smaller photo. Using small scraps of patterned paper I’ve created tabs and stapled them on the photo mat (great use for scraps!). From the left over piece of acetate I’ve fussy cut the flowers so I could use them as embellishments on the layouts.

On one of the smaller pages I’ve made a coin envelope out of patterned paper and used it to place photos inside. Also this envelope is glued on three sides only so I can place a small photo behind it. Another fun element in this album is the use of mixed media on the background. This green dotted pattern is created with the use of molding paste and pigment powder by Vicky Boutin. The color name of the pigment powder was “Watermelon burst”. Then I rubbed that over a Tim Holtz Stencil to create the pattern.

In the Krystal album I’ve created these tabbed booklets, also in this album I’ve made one of those because I thought they where really fun. This time I placed it in the other direction, glued it down on three sides and placed a tag behind it for some journaling.

Finally we end with another acetate pocket on the back that holds several photos and journaling spots. I really love how this album turned out! I had so much fun creating with the different elements from the kit.

If you want to see a complete walk through of the album you can watch this video on my YT channel.

Do you want to make one for yourself? You can! Download the free cutting guide via the Download button and follow along with the tutorials on my YT channel.