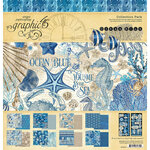 After getting my inspiration from 2 other YT channels ( Crazy paper and Tanu creative) I’ve tried my best to create the interactive features for this album. Since both creators work in cm and not in inches I had to try and convert the measurements. Also I changed the construction method here and there so I could use 12×12″ cardstock.

My goal for this album was to create spaces for a full seize photo (6×4″ or 10x15cm), this was possible but not with all features so there are also pages that hold only smaller photo’s.

In the album I’ve used shaker frames as a closure on the pages. This makes for beautiful eye catchers on the pages but also cause quite the bulk in the album. Therefore I made sure I had enough space between the pages. Because in some places I didn’t want the frame to cover up to patterned paper I made the frame removable.

The photo’s above this part show my favorite page in the album. By creating the acetate window in the popup feature and using the pattern with the fish behind it I created an aquarium like feature. It was just to perfect…

Also this page turned out more beautiful than I could imagine at forehand. You can only place a couple of smaller photo’s on here but the paper is just so amazing that you really want to showcase it!

During the construction part of the album you have to start decorating because you need to place your patterned paper during construction. I found this very difficult to say the least. It also caused me to make quite a few mistakes during the construction process. Luckily it was nothing that I couldn’t fix and if you don’t know the mistake was made you don’t see it, even if you do know it you can hardly see it. On the photo above, for example, I placed my patterned paper up side down and I was quite flustered about it. Now I think it was a lucky mistake and the end result using different paper might just be better!

It is hard to photograph the album and I really suggest you watch the project share on my YT channel. For this album I have step by step tutorials for every page / feature on my channel as well. To accommodate the tutorials I’ve made a cutting guide with diagrams to help you along the way.