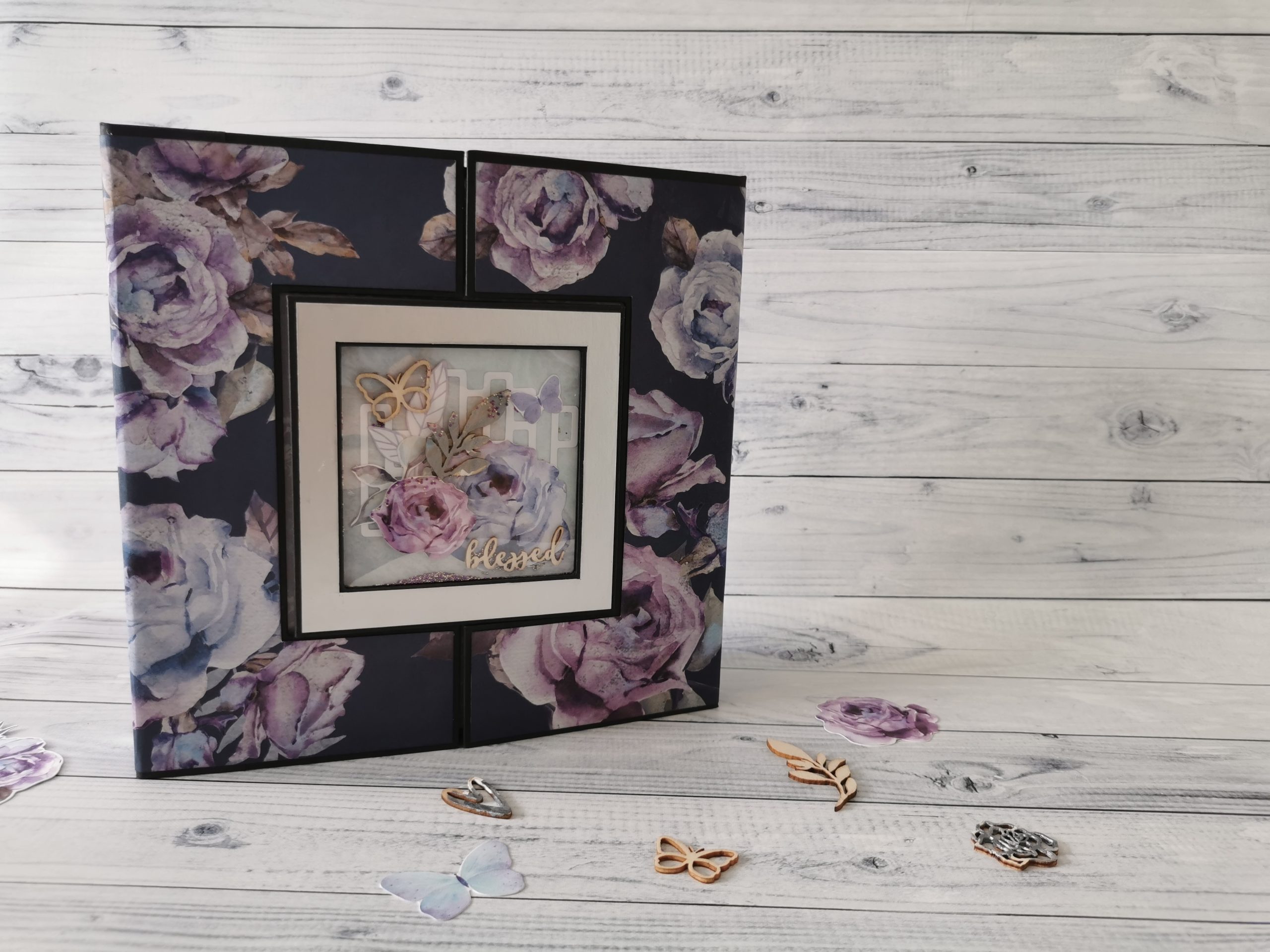 This gate-fold album started with the idea of having a frame on the cover that was sinking in to the actual cover. From there I had to work out how to make it happen. This Album is the result of that single idea.

I came up with the idea to make a double spine for this album, That means that the hinges for the pages are attached to the “inner” spines and not to the actual cover.

The Album cover measures 9″ x 9″, It holds 7 pages and it can hold 130+ photo’s of different seizes (7″ x 5″ and smaller). When the album is completely open it’s almost 30″ across. For the decoration part I’ve used the Kaisercraft Amethyst collection combined with aluminium foil cardstock by Recollections.

On the back inside cover I’ve placed a waterfall that can hold 7″ x 5″ photo’s. The technique used for this waterfall makes it laying really flat! Using one of the beautiful floral papers out of the collection I personally think this waterfall is a show stopper in the album!

I hope you enjoy this album and attempt to make one yourself. You can join my Facebook group Scrap, Coffee & Friends and share your take on my projects.