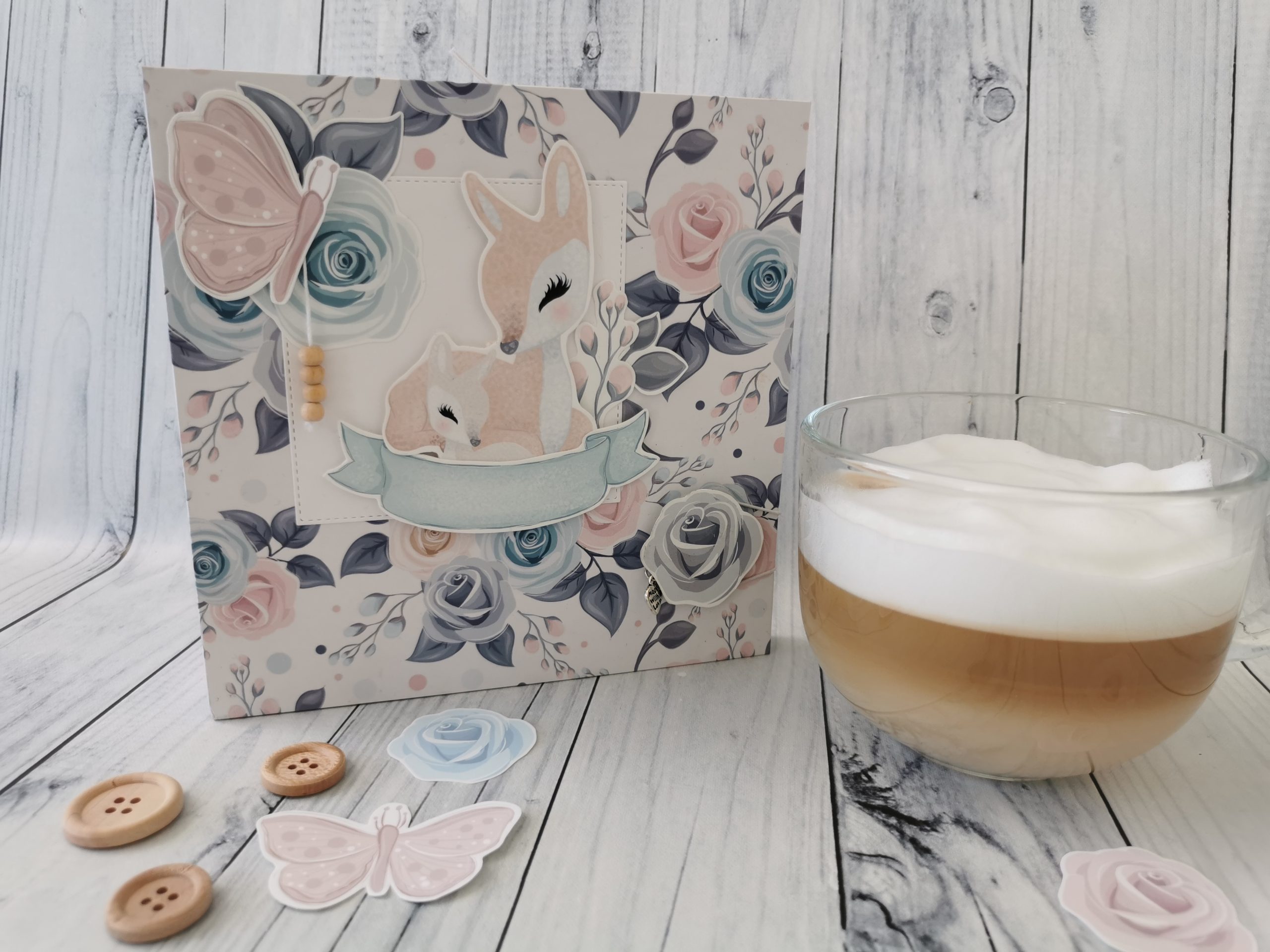 This cute mini album is a second version of my beginners mini album that was called the Flora No.3 album. The same base construction with new page layouts.

This album was made to order for a baby girl. The receiver is using 10 x 15 cm photo’s. This is the only photo measurement used in the album. This measurement is slightly smaller than your 4″ x 6″ photo, this measurement will also work for this album. For the tutorials I’m making a second version where I use 4″ x 6″ photo’s and also smaller seizes to show you the opportunities.

On the first page I’ve made a fun feature just for cuteness, not really functional however it adds something special to the album.

When it comes to decorating and embellishing I’ve kept it very simple and minimal, I felt that this album didn’t need more. Also I’ve made some tags with journal lines trough out the album. Another fun feature in this album are the vellum pockets that you can fill with some fun stuff like sequins.

The page layout in this album is a bit more elaborated than in the Flora No.3 album and gives space for more photo’s. Approx. 20-25 photo’s.

Trough out the album I’ve used these small wooden beads that I felt really went with the collection.

The cutting guide for this album can be downloaded via the link:

The construction video’s will be uploaded to my YT channel starting with the project share on Sept. 7