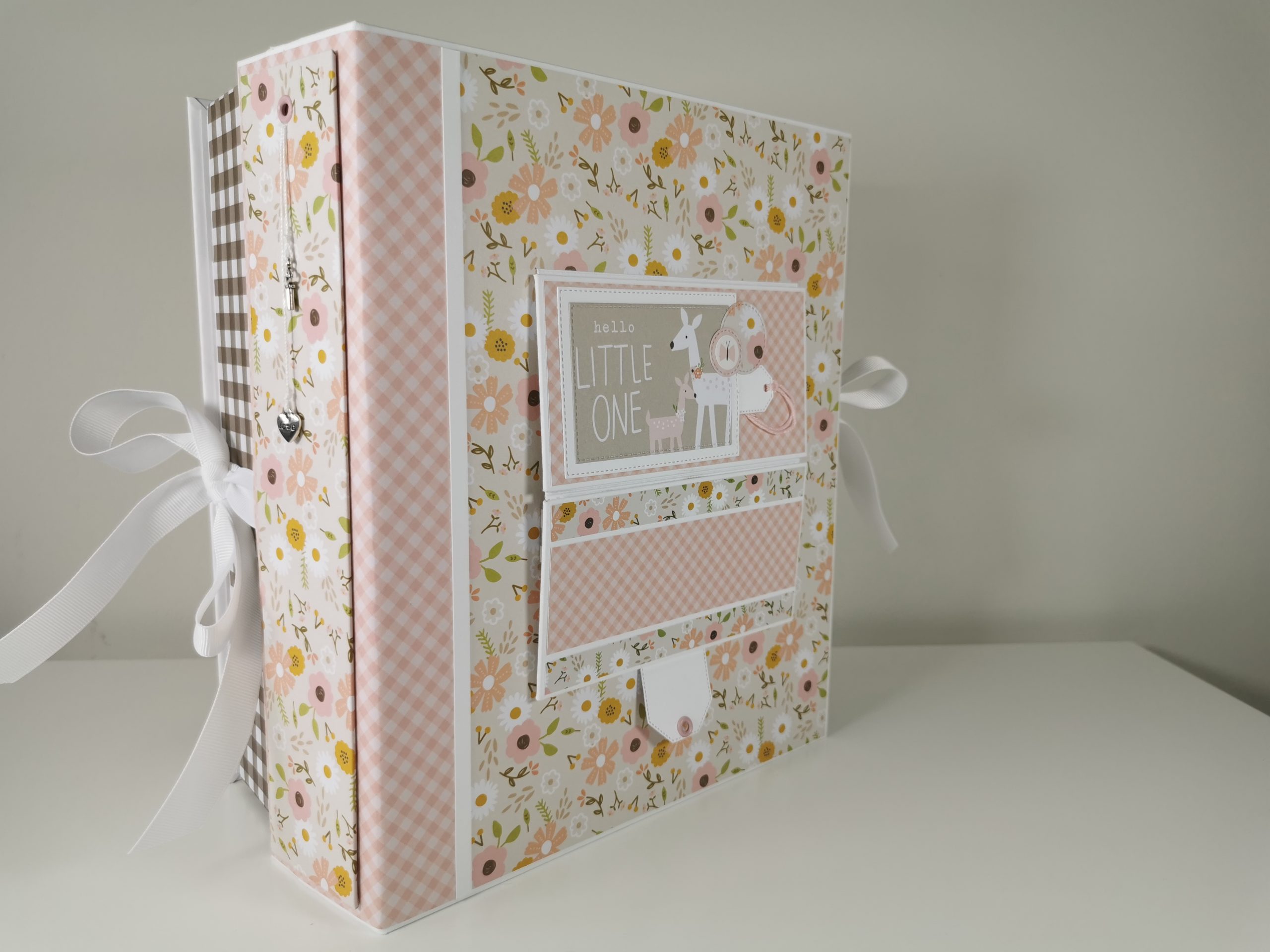 The Baby first year album is a large album in combination with a memory box. I’ve made and designed the album and box for my one upcoming daughter. I’ve used a paper collection by Pebbles: Peek a boo you, baby girl.

The memory box contains different compartments that hold a drawer made from cardstock. I’ve decorated all the drawers with a pull tab for easy opening and a label for the item that will be stored in the drawer. There are two compartments that close with a flap / door that is magnetized. In one of those compartments you will find a feature that I call a dome holder. It holds two domes, one I will use for the first hair lock and the other for teeth when the time comes.

This album contains a lot of different features that are fun to use in any album! For the front inside cover I’ve made a slide feature that exposes a photo when pulled down and is a beautiful feature when closed. Behind this feature there is a pocket that can hold photos, a birth announcement or something else. I’ve created a small trifold booklet to go behind it that holds the ultrasound photo’s.

The album has two different page designs, both give a lot of photo opportunity and I’ve played around with Dura-lar (an acetate kind of product by Grafix). I’ve created complete see trough pockets and stacked pockets and windows trough out the album. Also I’ve worked with angels in the pockets and pages what gives the album a more contemporary look.

On the back inside cover I’ve made an expandable envelope pocket, of course with an acetate window… That gives a lot of room to, for example, store photo’s that didn’t make the album or congratulations on the birth cards that you want to keep.

I still have a lot of decorating to do on this album, however I’ve decided to do this as a place my photo’s trough out the year.

For this album you can purchase the cutting guide in my Etsy shop: https://www.etsy.com/ca/shop/Scrapandcoffee

On my YT channel you can find all the construction video tutorials and of course a complete walk trough of the album: walk trough video baby first year album